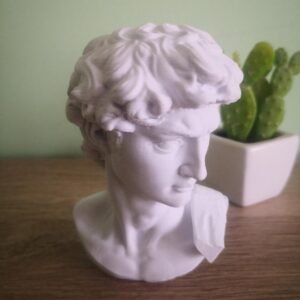 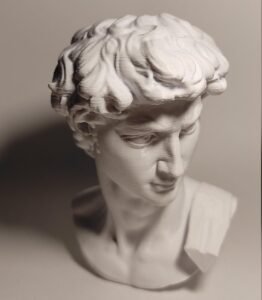 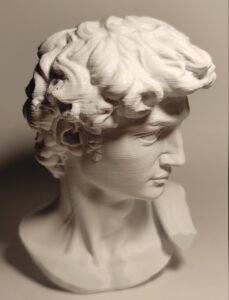 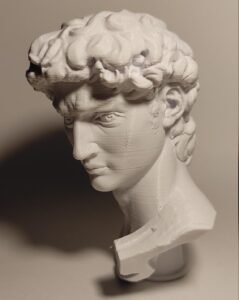 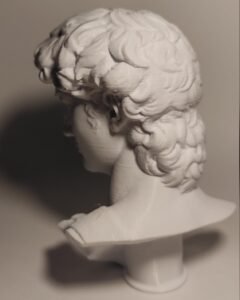 Touch of luxurious elegance to your house.

Give your home décor a new look with stunningly beautiful art decoration.

Add an elegant touch to any room.

David is a masterpiece of Renaissance sculpture, created in marble between 1501 and 1504 by the Italian artist Michelangelo. David is a 5.17-meter (17.0 ft)[a] marble statue of the Biblical figure David, a favoured subject in the art of Florence.

David was originally commissioned as one of a series of statues of prophets to be positioned along the roofline of the east end of Florence Cathedral but was instead placed in a public square, outside the Palazzo Vecchio, the seat of civic government in Florence, in the Piazza Della Signoria, where it was unveiled on 8 September 1504. The statue was moved to the Galleria dell’Accademia, Florence, in 1873, and later replaced at the original location by a replica.

Because of the nature of the figure it represented, the statue soon came to symbolize the defense of civil liberties embodied in the Republic of Florence, an independent city-state threatened on all sides by more powerful rival states and by the hegemony of the Medici family. The eyes of David, with a warning glare, were fixated towards Rome.

Now enjoy freeshipping on all orders worth 499/- and more. Valid on all prepaid orders Dismiss