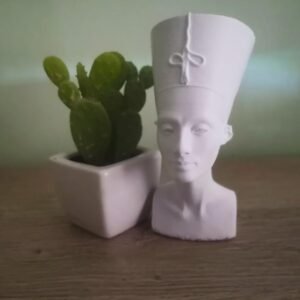 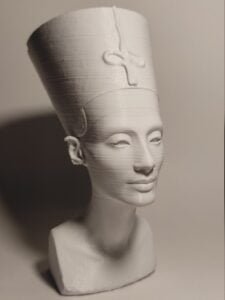 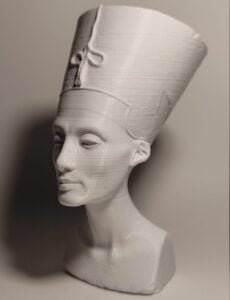 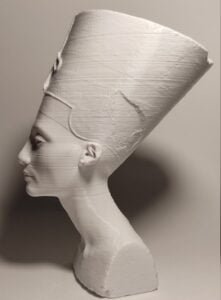 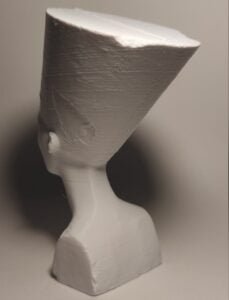 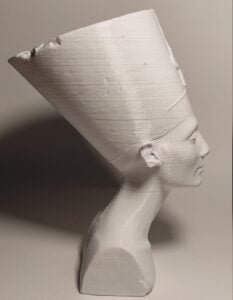 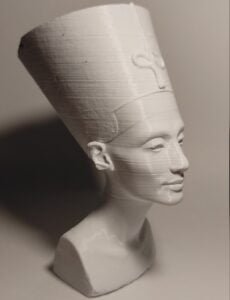 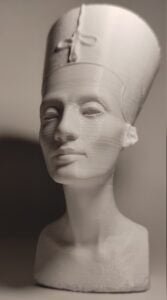 Dear & Sacred
0 out of 5
Item will be shipped in 1 business day
Ask a Question
Sale!

The Nefertiti Bust is a painted stucco-coated limestone bust of Nefertiti, the Great Royal Wife of Egyptian pharaoh Akhenaten. The work is believed to have been crafted in 1345 B.C.E. by Thutmose because it was found in his workshop in Amarna, Egypt. It is one of the most-copied works of ancient Egypt. Nefertiti has become one of the most famous women of the ancient world and an icon of feminine beauty.A German archaeological team led by Ludwig Borchardt discovered the bust in 1912 in Thutmose’s workshop. It has been kept at various locations in Germany since its discovery, including the cellar of a bank, a salt-mine in Merkers-Kieselbach, the Dahlem museum, the Egyptian Museum in Charlottenburg and the Altes Museum. It is currently on display at the Neues Museum in Berlin, where it was originally displayed before World War II.The Nefertiti bust has become a cultural symbol of Berlin as well as ancient Egypt. It has also been the subject of an intense argument between Egypt and Germany over Egyptian demands for its repatriation, which began in 1924 once the bust was first displayed to the public. Egyptian inspectors were not shown the actual bust before they let it out of the country.